Amazon Route 53
Most blog articles I’ve read about Aliases deal with using an Alias in the root DNS record for referencing an S3 bucket. An alias record can also be used to reference a cloudfront distribution, or xxxx.cloudfront.net. I was previously under the false impression that you had to use an S3 bucket as a foward or 301 redirect in order to reference a separate site. This doesn’t have to be the case if you are using Route 53 as your DNS.

I haven’t had time all week to work on the Windows Client for Amazon S3, however, I did promise to release the interface and the source code. The following links will get you either the installer or the source. This has only been tested on Windows XP and requires the .NET 2.0 Framework in order to run.

If you find any bugs or have any feature requests, please contact me. 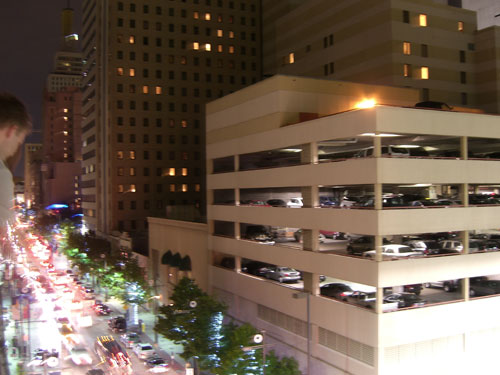 Last week was pretty dull. As you can tell from my posts, its been dominated with the migration over to Linux. Eventually, I want to port this blog over to an open source platform. I’ve looked at a few and some of them have been fairly impressive. WordPress, Snurf, and b2Evolution are some of the candidates I’ve been considering.

On Saturday, I decided to visit some friends in downtown. I ended up at a bar called Petrus. You can check out what I thought about the place here.

Sunday I decided to take a break off of O.S.S. programming and look at some good old fashion .NET programming. The problem I was contending with that day was a lack of a Windows Client for Amazon’s S3 Storage Service. After doing a quick scan through Google, Codeplex, and Sourceforge, I did not find any free programs for interacting with this service. In response, I decided to whip up an interface. Admittedly, the interface is in rough shape right now. I just wanted to get something up quick and working. Before I release it into the wild, I’m going to clean up the interface a little bit. By clean, I mean move a few labels around. (what’d you expect? Its free.) This will be released by the end of the week – source code and the installer.

On a different note, today I had to learn about arrays in PostgreSQL. I needed to figure out how to do batch updates without the use of delimited strings. An article has been posted about this topic.

Source and Installer for the Windows Client has been uploaded. Please refer to the links below: